Prostatepedia spoke with him recently about considerations for prostate cancer patients thinking of joining a clinical trial.

Fill out this form to download the entire interview. 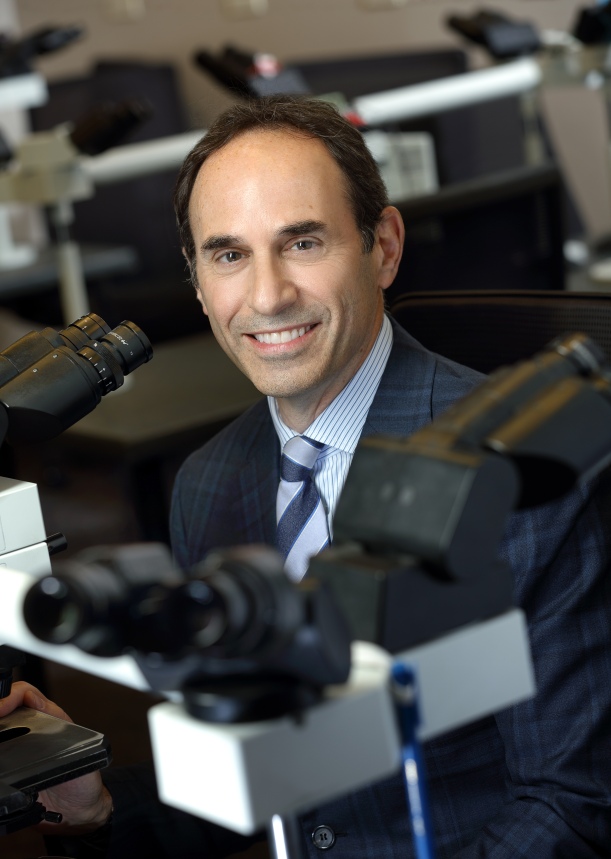 Dr. Jonathan Epstein, of The Urologic Pathology Laboratory at Johns Hopkins Hospital, is a leading authority in urological pathology of prostatic and bladder disease. He is the author of over 800 articles, as well as the definitive texts, Prostate Biopsy Interpretation and Bladder Biopsy Interpretation. Dr. Epstein consults frequently with pathologists, physicians, and patients.

Prostatepedia spoke with him recently about a new grading system he developed to replace the current Gleason score.

Fill out this form to download the entire interview.

Can you describe the Gleason grading system for prostate cancer?

Dr. Epstein: The original Gleason system was developed from 1967 to 1973. It stayed the same until 2005. The Gleason system says that often tumors have more than one pattern and asks what is the most common pattern. A tumor ranges from pattern 1, which is the lowest (most favorable) to 5, which is the highest (most aggressive). The tumor may be 70% pattern 3. We then ask, “What is the second most common pattern?” The tumor may be 30% pattern 4. We add those two patterns together: 3 + 4 = 7.

Of course, the field of prostate cancer has changed from Gleason’s time to now. We have PSA screening. We have modern tests to diagnose lesions.

In 2005, I led a consensus conference to update the Gleason system. We changed some of the terms of various Gleason patterns. We stopped calling very low-grade patterns cancer. Theoretically, you could have a 1 + 2 = 3 or a 2 + 2 = 4. However, in general, even though the Gleason grade goes from 2 to 10, in practice, prostate specimens start at 6. This is obviously very confusing to patients.

The question became: can we grade prostate cancer in such a way that we can help identify which patients are best suited for active surveillance?

What do you see as the deficiencies of the current Gleason grading system?

Dr. Epstein: The main deficiency of the Gleason grading system is that while the grades range from 2 to 10, 6 is the lowest. What other system in any cancer starts with 6 as the lowest grade? It doesn’t intuitively make sense.

It’s also confusing that clinicians lump whatever Gleason scores they want together into one group. Clinicians often lump Gleason 8, 9, and 10 together, but in fact, Gleason 8, while aggressive, has a much better prognosis then a Gleason 9 or a 10. The current system causes fear for patients.