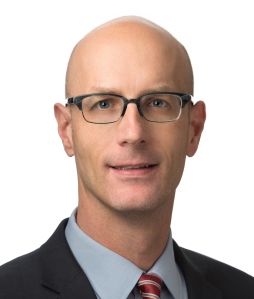 Dr. Edward Schaeffer is the Chair of the departments of Urology a Northwestern University Feinberg School of Medicine and Northwestern Memorial Hospital.

In July, Prostatepedia spoke with him about the advances in urology. Subscribe to read the entire conversation.

Dr. Edward Schaeffer: Many surgeons and patients are enthusiastic about aggressively treating oligometastatic prostate cancer. I’m also enthusiastic about the possibility that this approach could help patients. But I think it is very important for patients reading this interview to understand that these kinds of studies are totally experimental; we do not know yet if these approaches will benefit men. Although I’m personally enthusiastic about these kinds of approaches—and am the principal investigator on a study exploring this called the TED trial. (TED stands for Trimodal Elimination of Disease and uses surgery, radiation, and systemic [chemo-hormonal] therapy to eliminate all visible evidence of prostate cancer.) However, I really only recommend that the average patient seek treatment for their oligometastatic or recurrent prostate cancer in the setting of a clinical trial. This is really experimental. We don’t know if it helps and it may actually hurt people—this is why it needs to be done as a trial.

Is there any controversy over surgically treating the primary tumor when a man’s cancer has already spread outside the prostate gland?

Dr. Schaeffer: No, I don’t think there is any controversy in that. If you mean is there controversy in over-treating the prostate if a man has ogliometastatic disease, then yes, that is controversial. But in my mind, surgery benefits most men with large bulky high-grade cancers. Radiation is less effective in those cases.

In the last three to four years in my practice, I’ve seen more and more men with more advanced high-grade bulky cancers. I believe, although this hasn’t been shown in a randomized clinical trial, that the best way to manage these cancers is the way we manage many other cancers: a multimodal approach of surgery followed by radiation and potentially chemotherapy.

Why do you think more and more people are being diagnosed with bulky high-grade disease?

Think about the natural history of prostate cancer: if you had an aggressive localized cancer and left it alone for five to seven years, it would come back as a bulky aggressive cancer most probably involving the lymph nodes or beyond.

And that is exactly what we’ve seen. Dr. Jim Hu published that exact observation in JAMA Oncology in December 2016. Unfortunately, we’ve now proved that what we thought would happen did in fact happen. The screening recommendations are not to the benefit of the patient. Fortunately, the USPSTF recently revised their recommendations and now suggest that PSA screening is something that physicians should bring up and discuss with their patients. This is a big step in the right direction.