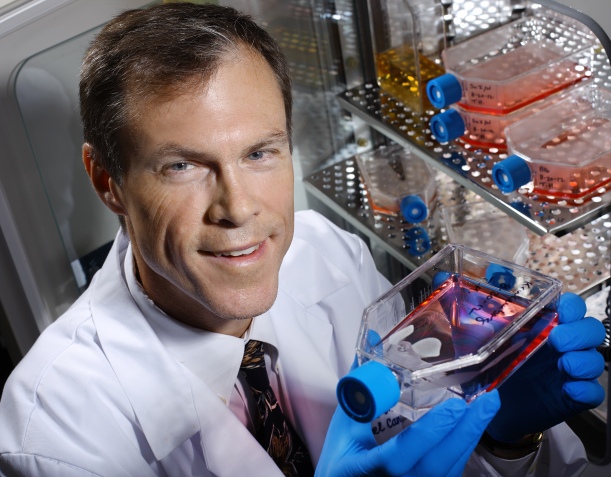 Dr. Drake discusses a patient whose case intrigued him.

Have you had a particular patient who changed how you approach your work?

Dr. Charles Drake: Absolutely. I had a gentleman who had metastatic, castrate-resistant prostate cancer. He had been treated with hormonal therapy. He was about to go on chemotherapy. He had progression in his bone lesions, but he developed hematuria.

On CT scan, there was a fairly clear lesion in his bladder. We couldn’t tell what it was just by the scans, and his PSA was doubling quickly, it had reached 30 or so in less than a couple of months. We sent him to Dr. Ronald Rodriguez, who was at Johns Hopkins at the time, and he thought it looked like this was probably metastatic prostate cancer invading the gentleman’s bladder. Dr. Rodriguez did a transurethral fulguration, meaning he burned all of the tumor he could find in the bladder. After the procedure, he told me that there was a fair amount of prostate cancer left behind. While the procedure went well, and he got most of the tumor, he didn’t get all of it.

What happened next was fascinating. The patient’s PSA dropped. His PSA went from 30 to 20 to 10. It eventually nadired, or reached its lowest point, at less than 1 ng/ ml and he remained in remission for nearly two years. Although clearly anecdotal, in my mind, there is almost no question that this was one of those anecdotal abscopal responses, which makes you believe that it can happen. Almost certainly that was what happened for this patient. I’ll never forget it, frankly.

Dr. Drake: Yes. It was brilliant. Just by treating the local disease in the bladder, this gentleman did well for over two years before it apparently progressed again, and he wound up getting chemotherapy. He also did very well with the chemo, so in my hopeful view, that suggests that maybe this fulguration procedure sparked a systemic immune response.

Join us to read the rest of Dr. Drake’s comments on the elusive abscopal effect.

Not a member? Join us to read the entire conversation.

Dr. Charles Drake: Hopefully before the end of the year, a trial called PROSPECT will read out. (Though it’s hard to tell nowadays when trials are going to read out because we already have a reasonable number of options: six FDA-approved drugs for men with metastatic castration-resistant disease.) PROSPECT is an international randomized Phase III trial of about 1,200 men that looks at Prostvac, an off-the-shelf PSA-targeted vaccine. The trial’s primary endpoint is overall survival.

Unlike the Provenge (sipuleucel-T) trials, which were sometimes a little complicated to interpret because we had crossover, patients on PROSPECT didn’t crossover. That means that patients on the placebo arm who progressed were not eligible for Prostvac, instead, they went on to standard treatments. The lack of crossover means we expect a fairly clean set of survival data to come out from this large PROSPECT trial. There are a lot of folks in the prostate cancer community looking forward to seeing whether or not PROSPECT will have a survival benefit.

So then we’d have two vaccines for prostate cancer?

Is inconvenience the only factor limiting Provenge (sipuleucel-T) use?

Dr. Drake: The prostate cancer field is like all other fields in that we tend to be trendy at times. When Provenge (sipuleucel-T) was first approved, there was a ton of enthusiasm about it and lots of people were using it. In fact, there was a bit of controversy over whether or not we could make enough of it.

With all the new drugs coming out, Provenge (sipuleucel-T) is probably used less than it once was. But this is something that has been FDA approved and has a clear survival benefit.

Join us to read the entire conversation. 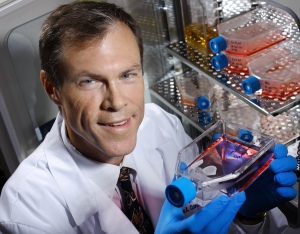 Not a member? Join us.

What are some of the more promising approaches to immunotherapy being investigated now?

Dr. Drake: I’m not 100% sure that everybody in the prostate cancer community is aware of this, but investigators at Merck did what is called a basket trial. They looked at patients with cancers that have a defect in what is called mismatch repair. Cancers that have a defective mismatch repair accumulate many mutations. Those mutations serve as antigens, or targets, for the immune system. It was first shown by Drs. Luis Diaz and Dung Le at Johns Hopkins that in colorectal cancer, where mismatch repair is common, checkpoint blockade with anti-PD-1 is very effective. It turns out that there are mismatch repair patients with every kind of cancer, including prostate cancer.

I think that is fairly exciting and that perhaps the entire community is not completely aware that it is happening. True mismatch repair is rare in prostate cancer, but a significant fraction of patients have other mutations that lead to DNA damage repair defects. Those defects are different and are called DNA damage repair mutations. There have been some studies suggesting that this is actually pretty common in men with metastatic disease—as high as 10 to 20%. Those patients have been shown in a landmark paper by Dr. Johann de Bono published in the New England Journal of Medicine to respond to PARP inhibitors, which are reasonably well-tolerated oral drugs. There are now several ongoing trials testing this.

It is possible that these same patients might also respond to immunotherapy. I was part of a trial that Dr. Julie Graff published last summer that showed that out of the first 10 patients treated with Keytruda (pembrolizumab) who are progressing on Xtandi (enzalutamide), about three had a really beautiful response. Only one had true mismatch repair, but it could be that the other patients have mutations in DNA damage repair. That is important because that would extend the number of patients with prostate cancer who might be eligible for, or likely to respond to, anti-PD-1 or anti-PD-L1 agents.

Subscribe to read the entire conversation with Dr. Drake.